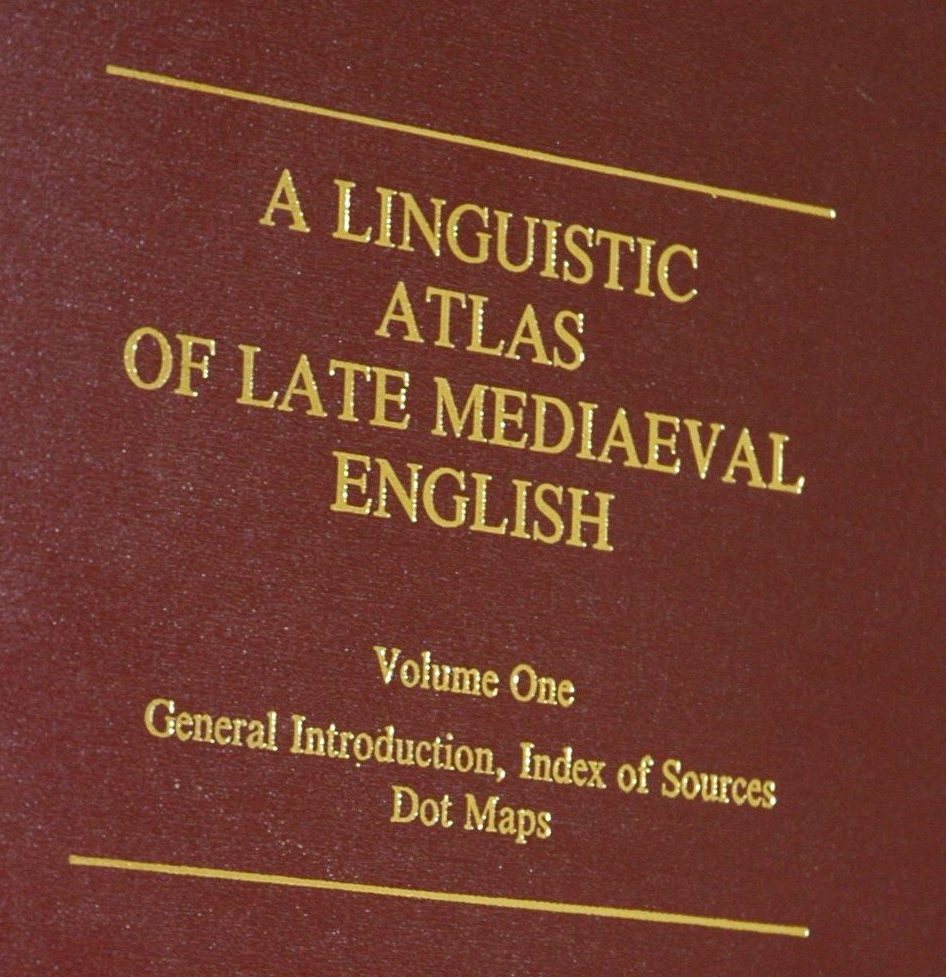 The electronic version of A Linguistic Atlas of Late Mediaeval English (eLALME) is a revised on-line edition of A Linguistic Atlas of Mediaeval English (LALME), by Angus McIntosh, M.L. Samuels and Michael Benskin, published in 1986 by Aberdeen University Press (now AUP/Mercat Press). LALME pioneered the systematic application of modern dialectological methods to over 1,000 mediaeval texts.  The atlas displays the continuum of linguistic variation in written English across England and part of Scotland in the late mediaeval period (ca 1325-1450). Analysis of the language of individual scribal texts was carried out by means of a large-scale questionnaire (of over 300 main items). Linguistic Profiles (LPs) were produced from the results of the questionnaire analysis. These list the orthographic forms found in each text which correspond to a questionnaire item. Some texts — mainly local documents —were localisable on non-linguistic evidence. The scribal languages of these witnesses could therefore be mapped. Using these mapped data, it was then possible to ‘fit’ the scribal languages of other texts — mainly literary — not otherwise localisable. In this way the dialectal patterns of the mediaeval texts were progressively established.

For more information about the making of LALME, see the General Introduction to vol. 1 (all the original introductions are also available in downloadable form from the eLALME website); and cf. Michael Benskin, ‘The Middle English Dialect Atlas’, in Michael Benskin and M.L. Samuels (eds.) So meny people longages and tonges; philological essays in Scots and Middle English presented to Angus McIntosh (Edinburgh: The Editors, 1981), pp. xxvii-xli.

In eLALME the data are presented as: the LPs themselves; geographically arranged lists of forms for questionnaire items (county dictionaries); lists of forms for items ordered by LP (item lists); and maps, which display the distributions of forms or linguistic features which they contain.

Margaret Laing has provided a downloadable Introductory Tour to the Elements of eLALME to supplement the website’s ‘About eLALME’ and ‘eLALME Introduction’ pages. This document briefly surveys all the Atlas’s key elements, including how to define and create your own feature maps. Rhona Alcorn has also produced a beginner’s guide to eLALME, which you can download from here.  In an additional document, Dr. Laing provides some illustration of useful ways to compare and contrast the maps of early Middle English data in LAEME with those of late Middle English data in eLALME